Understanding the tax and spend big government in pictures

Over the coming decades, there will be a growing structural mismatch between revenues and spending. That mismatch poses significant challenges for our budget, as well as our political system. Politically, it is always easier to cut taxes and increase spending than it is to raise taxes and cut spending. Yet addressing our growing debt will require policymakers to face those choices, and delay will make them even more difficult.

Every year the US spends more than it takes in. The lead chart shows a surplus in 2000 but it’s a mirage. 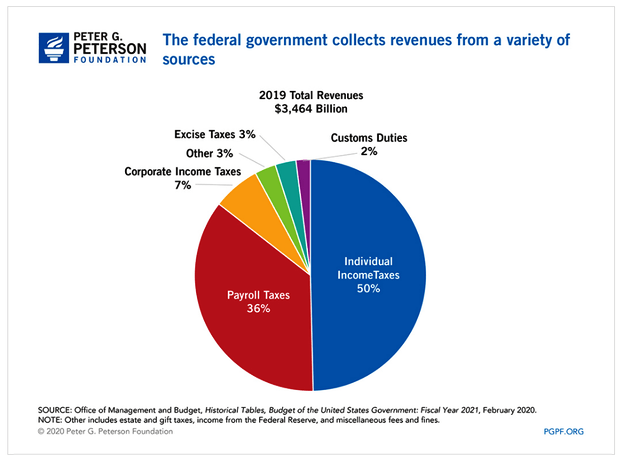 “In 2019, the top quintile of earners paid 87 percent of all individual income taxes, while people in the lowest income quintiles had negative income tax liabilities (that is, on average, they received more in refundable tax credits than they owed in income taxes).“

Please read that again again until it sinks in.

For all the current brouhaha over corporate income taxes, those taxes only brought in 7% of government revenue (But please see my note below on payroll taxes for a better understanding of what’s really happening).

This is why Treasury Secretary Janet Yellen Seeks a Global Minimum Corporate Tax.

“For Social Security, employers and employees each contribute 6.2 percent of every paycheck, up to a maximum amount ($132,900 in 2019 and adjusted for average wage growth each year thereafter). For Medicare, employers and employees each contribute an additional 1.45 percent with no salary limit. The Affordable Care Act added another 0.9 percent in payroll taxes on earnings over $200,000 for individuals or $250,000 for couples. Employers also pay the federal unemployment tax, which finances state-run unemployment insurance programs. Total revenues from payroll taxes is approximately 6 percent of GDP.”

Corporations provide about half of payroll taxes. Effectively this is a tax on corporations that is not properly identified.

Looked at in this manner, corporations provide about 25% of federal government revenue, not 7%.

As a side note, the self-employed including me, fund unemployment programs but we are not generally eligible for benefits, with the Covid-recession the only exception. 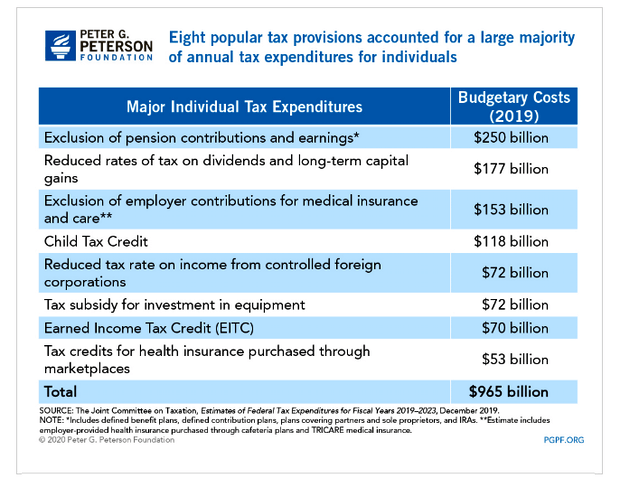 Interest paid on home mortgages is one such example. In reality, government has no business promoting one form of housing or another. 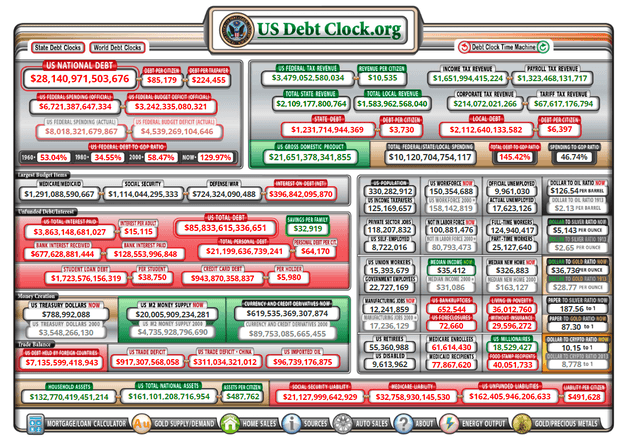 The Debt Clock shows US debt is over $28 trillion.

Interest on national debt, even at these low rates, will top military spending as an expense item within a few years. 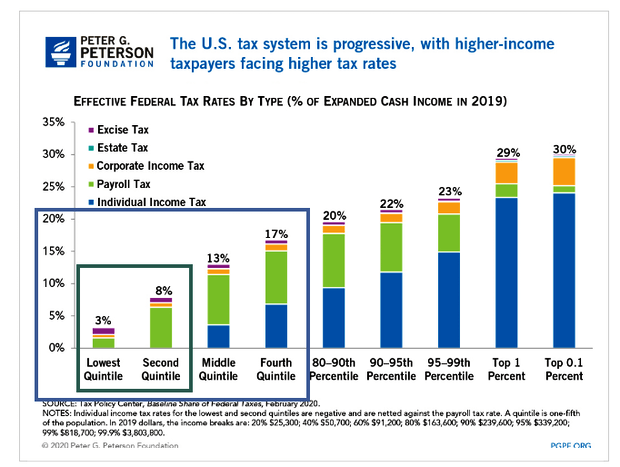 The bottom 40% get more back income credits than they paid in.

The bottom 80% pay more in payroll taxes than they do income taxes.

If Congress truly wanted to offer a middleclass tax cut it would focus in this area.

Rather than revise the code, I suggest we scrap the code entirely and go to combination flat tax above a certain income level plus a national sales tax excluding food, medicine, and other essentials.

This would be more fair and less regressive than the current 6,550+- pages of tax code written by lobbyists primarily for the benefit of special interest groups and the wealthy.

The real problem however is spending. For starters, I would cut military spending in half and call it a start.

The US cannot afford to be the world policeman and should not try.

Previous: Dublin landholding zoned for large-scale logistics guiding at €18m
Next: How to Strategically Approach the Supply Chain Balancing Act of 2021