Huge dredge arrives at Lyttelton to work on shipping channel

One of the world’s largest dredges has arrived in Lyttelton to start deepening, widening and lengthening the port’s shipping channel as it prepares to welcome ever-larger ships.

The 230m long dredge, Fairway, travelled from Mumbai, India, with a stop in Singapore for cleaning and anti-fouling.

Lyttelton Port Company was granted resource consent in March to dredge the channel. The project was opposed by Ngāi Tahu and surfers group Surfbreak.

The company’s chief executive, Peter Davie said the work would enable bigger container ships to call at Lyttelton. Container vessels had “virtually doubled in size” in the last decade, and the work would trim freight costs for Lyttelton customers by more than 10 per cent, Davie said. 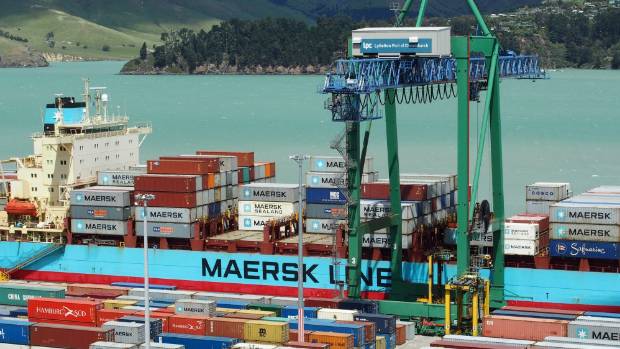 A container crane at work at Lyttelton’s container port.

Dredging will be done in stages, starting on Wednesday, and will take about 12 weeks to complete.

In the meantime the dredge will be in dock for customs procedures and crew inductions.

The port company said the environmental monitoring programme for the project would be the largest ever in New Zealand. The biosecurity plan to allow the dredge to visit New Zealand was developed with input from science organisation the Cawthron Institute.

Lyttelton Port environmental advisor Jared Pettersson​ said a plume of silt will be visible coming from the dredge while it was working, but that it would not be environmentally harmful. 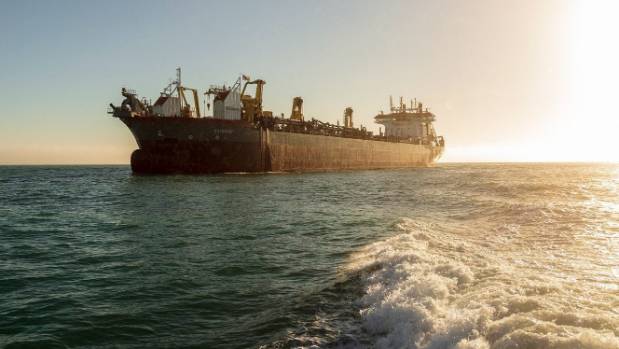 The Fairway will spend 12 weeks working in Lyttelton Harbour.

During the consenting process, Ngāi Tahu lodged environmental and cultural objections as to the local effects of dumping the silt. As part of a mediated settlement, the port company will provide real time data on the project on its Harbour Watch website, and is setting up video monitoring of the surf break at Taylors Mistake as a result its settlement with Surfbreak.

The company will also pay Ngāi Tahu $650,000 over 25 years to go towards mahinga kai (food gathering).

The first stage of the dredging will deepen the shipping channel for vessels with a 13.3m draught, while future stages will allow 14.5m draught vessels to enter and depart across all tides 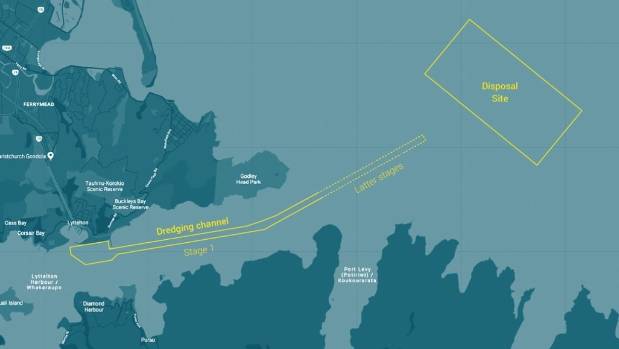 The dredging plan for Lyttelton Harbour

The trailing suction hopper dredgers collect sand and silt from the seabed.

In stage one, the existing shipping channel will be lengthened by 2.5km, widened by 20m and deepened by up to 2m. Dredged sediment will be dumped at a designated spot 5km off Godley Head.

The dredgers are equipped with suction pipes ending in drag heads. When a vessel reaches the dredging location it reduces speed and lowers the suction pipes onto the seabed.

The drag head moves slowly over the bed collecting the sand like a giant vacuum cleaner. The mixture of sand and water is pumped into the hopper of the dredging vessel. Excess water flows out through overflows and dredging stops when the hopper is full.

The sand can be deposited through doors in the bottom of the vessel. 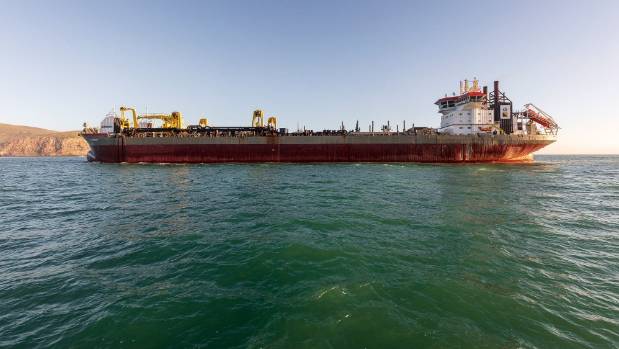 The Fairway, 230m long, has come to New Zealand from India.

Previous: The Insane Logistics of Formula 1
Next: What’s ‘zero inventory’ in Business?