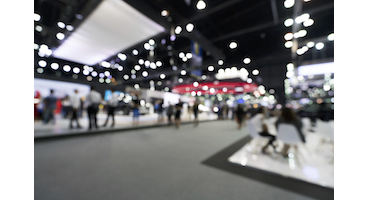 Conference spending by the United States federal government dropped by 15.7 percent for fiscal year 2017, according to STR’s Market Insights team. That dip is the first decline in federal conference spending since 2013, when new requirements went into effect to curb wasteful spend.

In 2012, the Office of Management and Budget issued Memorandum 12-12, which required federal agencies to report all conferences with a minimum total net cost of $100,000 of taxpayer money. That had an immediate and severe effect on the amount the federal government spent on conferences: The $298 million spent in fiscal year 2012 plummeted by more than 60 percent, to just $113 million in 2013, according to STR’s 2017 report.

Conference spend climbed steadily for the next three years, and jumped by nearly 37 percent between 2015 and 2016. But according to STR’s new analysis, the trend has now reversed: The government dropped $140 million on conferences in FY 2017, a good deal less than the $166 million spent in 2016.

What complicates matters is that three major federal agencies that had been reporting conference spend for five consecutive years did not do so for 2017: the Environmental Protection Agency, the Department of Education and the Department of the Interior. To account for their absence in the current totals, STR simply subtracted their historical spend in the analysis – confirming the drop in spending for 2017, even apart from those agencies.

An EPA spokesperson directed M&C to Memorandum M-17-26, dated June 15, 2017, which eliminates the requirement to report conference expenses. Agencies should continue to apply previously outlined risk-management and internal-control practices to the conference approval process, the memo stated, which the spokesperson confirmed the EPA would do. Should other agencies follow suit, public visibility into federal conference spending would in all likelihood disappear. 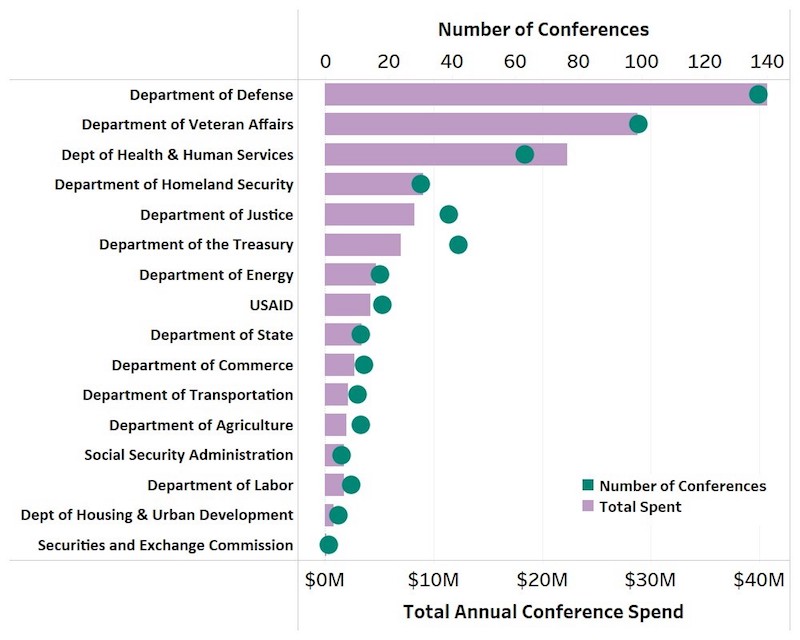 The most popular destination for these conferences was, not surprisingly, Washington, D.C., followed by Orlando.

Previous: SAP Ariba Training
Next: The 5 Cities With The Highest House-Purchasing Power In The US