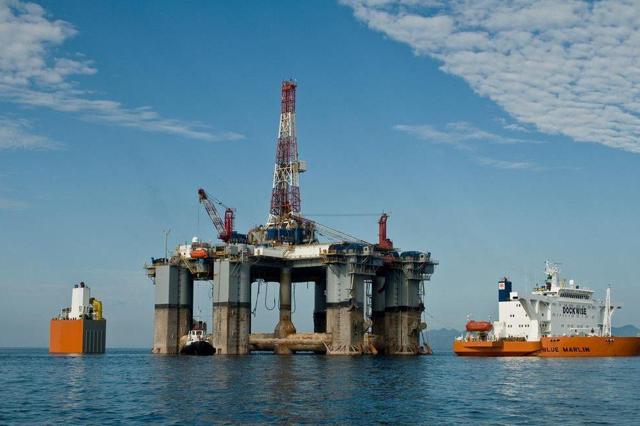 Diamond Offshore (DO) is still a difficult company to analyze. While it has managed to survive years of struggling and shows a solid balance sheet with room to maneuver, the rig fleet presents many weaknesses that haven’t been totally addressed.

However, despite this specific situation, I consider the stock as a good investment for the long-term under $18.

As I said in my preceding article about Diamond Offshore, the CEO Marc Edwards is procrastinating and refuses to act decisively about the need to fix the company’s aging rig fleet, thinking that the offshore drilling industry will offer better “distressed” deals later this year as he said last quarter. However, the opportunity to get some “deals” is closing quickly now.

Transocean (RIG) and Ensco (ESV) have been quick to recognize that this market is offering buying opportunities and have acquired some good assets at a significant discount with mixed results for Ensco. Recently, Transocean purchased 33.3% of the semisubmersible Norge.

I do not see much opportunities remaining, and I believe Diamond Offshore should consider a merger after missing on this part. However, Diamond Offshore is owned 53% by Loews Corp. (L) which complicates greatly the situation.

Note: Most of the data indicated above come from Morningstar and company filings.

Contract drilling revenues were $265.4 million during the quarter, down 32.3% compared to the same quarter of 2017 and down 8% sequentially.

Diamond Offshore expects contract drilling expense for the third quarter to come in between $210 million and $215 million including the acceleration of the Ocean GreatWhite unamortized expense of $16 million discussed earlier. It Is nearly a 12% increase from 2Q’18.

Thus, DO passes the FCF test.

We notice that the backlog has been going down regularly since 2015, and it is complicated to predict a bottom for the company despite a better oil price environment.

The existing contract was due to expire in January 2020 and we are now free to secure new work for the rig. Further to my prior commentary and related to this early contract termination, BP has agreed to either pay Diamond Offshore $135 million through a series of designated payments through 2019 to 2023 or contract one or more additional Diamond rigs, so that we receive a gross margin at least equal to this designated amount.

In fact, the fleet status showed in detail below clearly indicates a situation of continued weakness, in my opinion, that may last longer than previously expected unless the company decides to act firmly and move towards a merger to revamp the company’s weak fleet.

During the second quarter, we executed an agreement to sell the Ocean Scepter, which was classified as held for sale and, as a result, took a non-cash impairment charge of $27 million to write the carrying value down to the net sales price. The transaction closed the end of last week.

Marc Edwards, the CEO, said in the conference call:

I am very pleased to announce that we have secured an additional net five years of backlog for our drill ships. The asset class, which I have repeatedly stated, is the most distressed.

The backlog is now $2.2 billion as of July 1, 2018. Note: The $135 million for the early termination of the Ocean GreatWhite has not been included.

Marc Edwards said some positive comments about a long-term contract for the Ocean GreatWhite in the North Sea.

We are in advanced negotiations with a client to put the rig to work possibly at the end of Q1 next year. And as I said in my prepared remarks, having just returned myself from client visits to the North Sea, I believe that this rig will have opportunities for work for many years to come.

Net debt is now $1.554 billion with a net debt-to-EBITDA ratio of 3.51 which is good and means that the company can repay its net debt in about three and one-half years based on its EBITDA (“TTM”). It is one of the best ratios in the offshore drilling industry and a sign of financial strength.

Diamond Offshore presents the same business model as Transocean. The company owns only a floaters fleet now. The only difference is that Diamond Offshore fleet is shrinking and the contract backlog is eroding as well. The erosion is slowing down, but it is quite evident.

On the one hand, Diamond Offshore is offering a rock-solid balance sheet with a pristine debt profile, but on the other side, the fleet presents many weaknesses, and the company will have to address them sooner or later if it wants to support the company’s cash flow the next few years.

However, it is essential to indicate that the Black drillships segment is healthy but to contract these rigs; Diamond Offshore is getting much lower day rates. It is not this four drillships that will support growth in 2019-2020, primarily with dismal day rates.

I find Marc Edwards a good CEO, but he seems over-optimistic when it comes to the company’s fleet and future potential. The market is a challenging market, and the floaters’ recovery has not been established yet. Plenty can still go wrong, and oil operators are not contracting as they should. In fact, if we look at BP and Anadarko, we can see that they are not done with the rig termination process (Ocean GreatWhite and Ocean BlackHawk are the latest examples).

I see the first support at $18 now, at which point it is a good idea to add cautiously again DO. However, it is critical to adopt a strategy that integrates the future of oil prices and understand that if oil prices turn bearish later this year, DO will drop quickly again. There are plenty of negative scenarios for oil to go back down the $60’s per barrel, then DO may eventually re-test $15.50 or even $14 as a double bottom.

Of course, if the oil prices momentum continues strong, the retracement will be avoided.

Author’s note: Do not forget to follow me in the oil sector. Thank you for your support, I appreciate it. If you find value in this article and would like to encourage such continued efforts, please click the “Like” button below as a vote of support. Thanks!

Disclosure: I/we have no positions in any stocks mentioned, and no plans to initiate any positions within the next 72 hours.

I wrote this article myself, and it expresses my own opinions. I am not receiving compensation for it (other than from Seeking Alpha). I have no business relationship with any company whose stock is mentioned in this article.