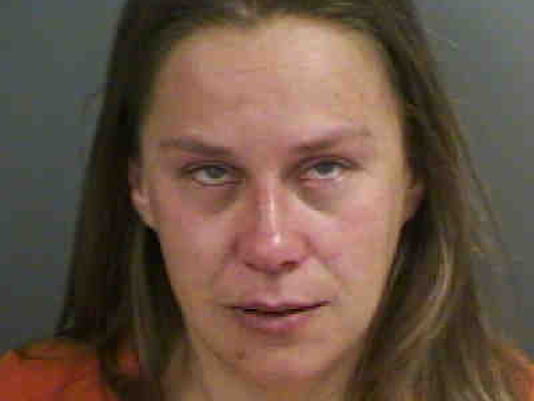 Lina Upham, purchasing and risk manager for the city of Marco Island, was arrested Saturday night on the charge of DUI.(Photo: Contributed photo)

The Marco Island City Council went out of its way not to mention a specific employee’s name Monday evening, yet it seemed everyone on the dais knew who they were speaking about, as did many audience members.

Marco Island Purchasing and Risk Manager Lina Upham’s actions have been heavily scrutinized since her DUI arrest and the publication of other incidents; and concerns in the community have been noted.

Addressing some those concerns, City Council reached consensus to contact the Collier County Clerk of Court’s office about performing an audit or sampling of purchasing contracts and any other services it may be able to provide.

“There have been a lot of questions raised in the community when a city employee made the news for a pattern of incidents,” Vice-Chair Charlette Roman said. “I fully understand it’s the city manager’s job to deal with city employee issues and that’s not the reason I bring this up. However, the council has an oversight role for the stewardship of the taxpayers’ money.”

More: No change in employment status for Marco purchasing manager after weekend arrest

Upham was arrested July 7 on the charge of DUI first offense after her vehicle crossed the center median into ongoing traffic before crashing into the mangroves near Collier Boulevard and Championship Drive.

After Upham was transported to Physicians Regional Medical Center, deputies observed  “Upham’s eyes were bloodshot and glassy, her speech was slurred and it seemed difficult for her to stay focused on one topic, and her movements were slow and labored” before pulling the IV out of her arm and trying to leave.

While Upham refused a breathalyzer test, the blood sample taken at the hospital revealed her blood alcohol content was .318, close to four times the legal limit.

Upham pleaded not guilty to the charge and her next court date is scheduled for Sept. 26.

Although she remains employed in her current role, Upham’s behaviors have been questioned in the past.

Last year, the City Council was informed about an incident on a Marco Island beach where Upham was publicly intoxicated and falling down.

Upham was also involved in a car accident while driving a city vehicle on Sept. 12 but did not follow city policies on the reporting of the incident and having a urinalysis done, according to records from the police department.

Upham, who manages the pool vehicles, did not sign out the vehicle on the sheet she said she uses to keep track of users.

“I started doing this for my own purposes once both City Hall pool vehicles became my responsibility and I kept finding empty water bottles, food crumbs, empty gas tank, etc,” Upham wrote in an email.

Councilor Howard Reed, who provided one of the two dissenting opinions along with Bob Brown, referred to the legal matter as a “human resources issue” and said he had spoken to acting City Manager Guillermo Polanco about it.

“He has assured me it is being handled by human resources according to the limitations of what we can and cannot do,” Reed said.

While some community members have called for Upham’s ouster, convictions and charges against non-union employees have not necessarily resulted in termination.’

For example, Dylan Langford, a maintenance mechanic still employed with the city, was arrested on the charge of DUI second offense in October 2015, which he pleaded no contest to the following February.

Court records in Michigan and Florida indicated it was the third time Langford was pulled over on suspicion of driving while intoxicated.

Eric Dial, maintenance manager for the city’s Water and Sewer Department, wrote in an email that Langford’s privileges for driving city vehicles were suspended immediately and were not returned until he received his license back from the state.

“We have to be concerned if the city as at risk from a contract standpoint,” Honig said. “ … It’ll show everybody that the city is transparent and has nothing to hide.”

With the Council reaching consensus, Roman said she would contact the County Clerk’s Office and bring the topic back as a future City Council agenda item.

Previous: Gov. Edwards sees no need for Trump-trashing
Next: Home sales experiencing a decline in Kentucky; prices and inventory on the rise throughout the state